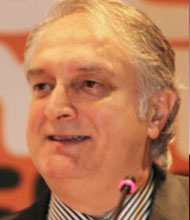 Prof. Dr. Sedat Sever completed his masters in 1985 at the Ankara University Graduate School of Social Sciences, Department of Education Programs and Instructions, Branch of Fine Arts Education. He completed his PH.D. in 1993 in the same branch as above. His Ph.D. Thesis titled “The Impact of Full Education Principles which are Used in Teaching Turkish  on Students’ Comprehension and Writing Skills” is one of the first experimental studies.  Sever is known for his theoretical work on conceiving child and youth literature as a scientific field of study. He has pioneered in organizing the first (2000), the second (2006) and the third (2011) National Symposium on Child and Youth Literature  as well as founding (2000) of the “Ankara University, Faculty of Education Children’s Library” which is the first of its kind among the universities in our country. He was the associate dean of the Ankara University Faculty of Education (1997), chairman of the Department of Social Sciences in Secondary Schools (2003) and president of the Educational Programs and Instructions Branch (2005). He is the founding president and current president of the Faculty of Education, Department of Cultural Foundations of Education (2007). He is also the founding director of the Ankara University, Center of Applied Research on Child and Youth Literature (2009). He has individual and joint fourteen books and over fifty articles. He was advisor to many radio and television programs. He held responsibilities in various projects on the quality of teaching Turkish and the institutionalization of the child and youth literature.

Aysıt Tansel is affiliated  with Middle East Technical University, Ankara, Turkey. She graduated as the top student of her class from Adana Girls High School. She received her Bachelor of Science degree with high honors from Middle East Technical University, her masters from University of Minnesota and her doctorate from State University of New York. She has completed her postdoctoral studies at the Yale University and the Cornell University.  Her areas of interest are Economics of Education  in particular and Labor Economics in general. She is also interested in literature in particular poetry and folklore. Her translations in these areas in particular her poetry translations from Oguz Tansel are published in numerous journals and books. 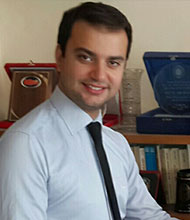