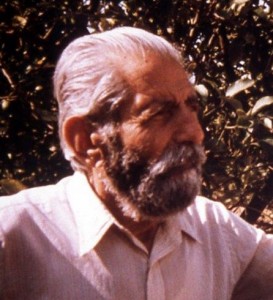 He graduated from the Davut Paşa Middle School  in İstanbul and Pertev Niyal High School in İstanbul. He took up teaching as a profession as early as 1938 while studying at the Department of the Turkish Language and Literature of the Faculty of Literature at the University of İstanbul and gave it up in 1969  when he retired for  health reasons.

His early poems employing rhyme and rhythm were published in the periodicals Servetifünun and Varlık  and  his first article appeared in Halk Bilgisi Haberleri (1937). After 1940 he was seen to turn to free verse and was noted among Turkish poets of the 1940 generation.  He gained recognition with the poems and articles  published in numerous literary periodicals such as Varlık, Aydınlık,Yelken, Yeditepe, Kaynak, Dost, Güney, Türk Sanatı, Kıyı, Türk Dili.

Oğuz Tansel is a uniquely lyrical voice among the Turkish poets of the 1940 generation. Adnan Binyazar compares him to  “a mythical bird with three wings,” and goes on to say “that he stands out not due to his similarities, but due to his dissimilarities to others in having assimilated folklore together with modern human thought to create wisdom of his own.”

Kemal Özer says that, “among the poets of the 1940 generation who underwent an invasion in the artistic and political sense resulting in a common style and content, we see Oğuz Tansel as one of those to stands most, outside this general framework.”

Eray Canberk  had the following to say about Oğuz Tansel’s poetry: “. . .These poems sound to me like a new voice from an ancient world. Not only does nature exist in those poems, but also, a nature loving person wishing to live in peace with nature while in strife and treating nature as if it were human. . . What is most unique about Tansel is, that he has fused the poetry of ancient civilizations and our own folk poetry which have both flourished over the same tract of land. In this poetry, the veins of humanism, struggle for peace and freedom and socialism  eventually converge in a main artery.

Alongside writing poetry, Tansel was the scholar who, with his collection of Turkish folk tales he had recorded between the years of 1942 and 1948  in the province of Amasya, made the highest contribution-over forty types of Turkish folk tales- to the Typen Türkischer Volksmarchen catalog prepared by professors Pertev Naili Boratav and Wolfram Eberhard.

Oğuz Tansel was first to receive the Children’s Literature Award given for the first time in 1977  by the Turkish Linguistics Society. He made an important contribution to Turkish national culture with those folk tales published as children’s books. With the mastery and meticulousness derived from his poetic skill, he formed a unique, fluent narrative style.

His poems were composed to music by the American composer Prof. Bruce Reiprich. And recorded live on a CD titled Salkım Söğüt, or  Weeping Willow. On the first anniversary of his death in 1995, his friends had a book The Mythical Bird with Three Wings: Oğuz Tansel  (Üç Kanatlı Masal Kuşu: Oğuz Tansel) published for him.

At the Dawn of Oleander Blossoms ( Poems on Antalya Environs in English and Turkish, Suna-İnan Kıraç Akdeniz Medeniyetleri Araştırma Enstitüsü: 2011),

Translated from Turkish by Ülkün Tansel